Understanding the Psychological Effects of Genocide,
and the Psychology of Post-Conflict Reconciliation and Healing 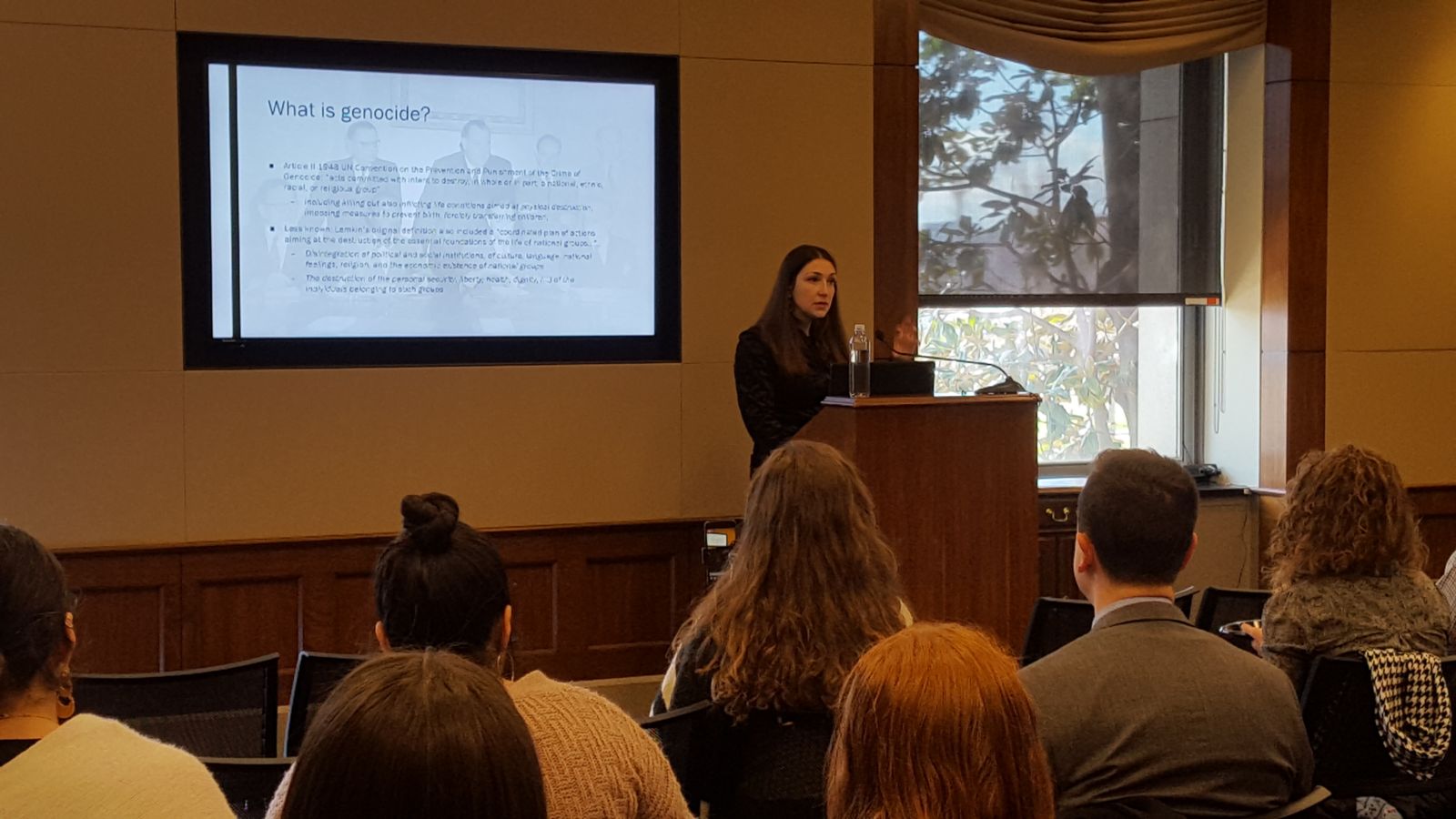 Click here to watch a recording of the seminar.

This congressional seminar was held on March 9, 2018 and featured a presentation by Dr. Johanna Ray Vollhardt, an Associate Professor of Psychology at Clark University. A social psychologist by training, Dr. Vollhardt has studied various ethnic, religious, and national (minority) groups in the United States, Europe, South Asia, and East Africa.

The United Nations defines genocide as a crime with the intention to destroy, in whole or in part, a national, ethnic, racial, or religious group. More than 60 years ago, the UN Convention on the Prevention and Punishment of the Crime of Genocide created important tools for punishing perpetrators of genocidal crimes; however, it failed to prevent genocide in the decades that followed. From Cambodia to Bosnia to Rwanda to Darfur, genocide has continued to devastate nations and peoples around the world.

In this congressional seminar, Dr. Vollhardt provided an overview of what we know about the psychological effects of genocide on victims, perpetrators, and bystanders, such as the experience of collective trauma, acknowledgement versus denial of the events, and the effects of intergroup violence on national narratives and identities. She also discussed the main psychological processes that can help explain genocide, and described psychological processes in the aftermath of genocide that may foster healing and help prevent future violence.