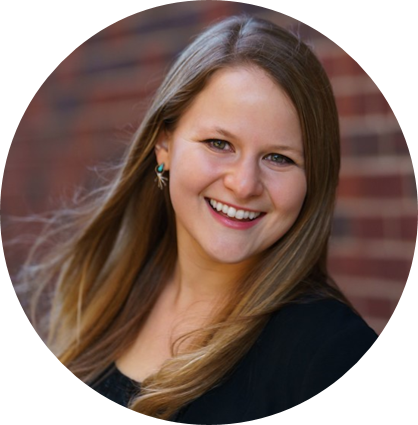 Andrea Belgrade is a recipient of the SPSSI Grants in Aid Award for her project examining wellbeing among adolescent refugees. Belgrade is a PhD candidate in Psychology at the University of Michigan where she has won numerous awards including, but not limited to, the University of Michigan Library Mini Grant, The Psychology Student Diversity Award, and the Riecker Graduate Student Research Grant. She is also actively engaged in the University community where she serves as Co-President of Graduate Rackham International—a large student group that primarily serves the international and multicultural student community.

Belgrade was motivated to examine wellbeing among adolescent refugees largely because work focusing on refugees tends to illuminate the negative experiences like trauma and PTSD. While this is an important line of work, the sole focus on these negative experiences serve to reinforce a single story of victimization among refugees, ignoring possibilities of individual and community strength. Belgrade’s project focuses on finding balance—recognizing the hardships but also lifting up participants’ stories that highlight wellbeing and personal growth among adolescent refugees. This work advocates for an image of a refugee who can be agentic in their own healing process versus a passive recipient of treatment or services.

When given space for a more nuanced story using photovoice method, these young people described moments when they were both vulnerable and strong, when they experienced discrimination and prejudice as well as the support they received from their family and the community. Belgrade and her team are analyzing these results in two ways. First, they engaged in open coding with both refugee and non-refugee researchers from the University, taking a thematic approach. Second, they held a bilingual analysis workshop series for the participants so the participants could learn to analyze their own focus groups. Belgrade’s research team taught them how to code qualitative data and we introduced them to a number of ways to visually represent their data including Braun and Clarke’s thematic mapping technique. Ultimately, the participants opted to visualize their data through a series of artistic depictions that summarized the experiences of themselves and their peers in the focus groups. One such illustration is included; in this illustration, Ibtisam depicts how classmates in the United States bullied them when they first arrived, often because they were more vulnerable given their lack of English proficiency. The refugees in the focus group described these bullying experiences, the importance of learning English, and finally how they learned to not be “shy” and say “no” even when they were scared. To them, this was a major source of pride and personal growth. 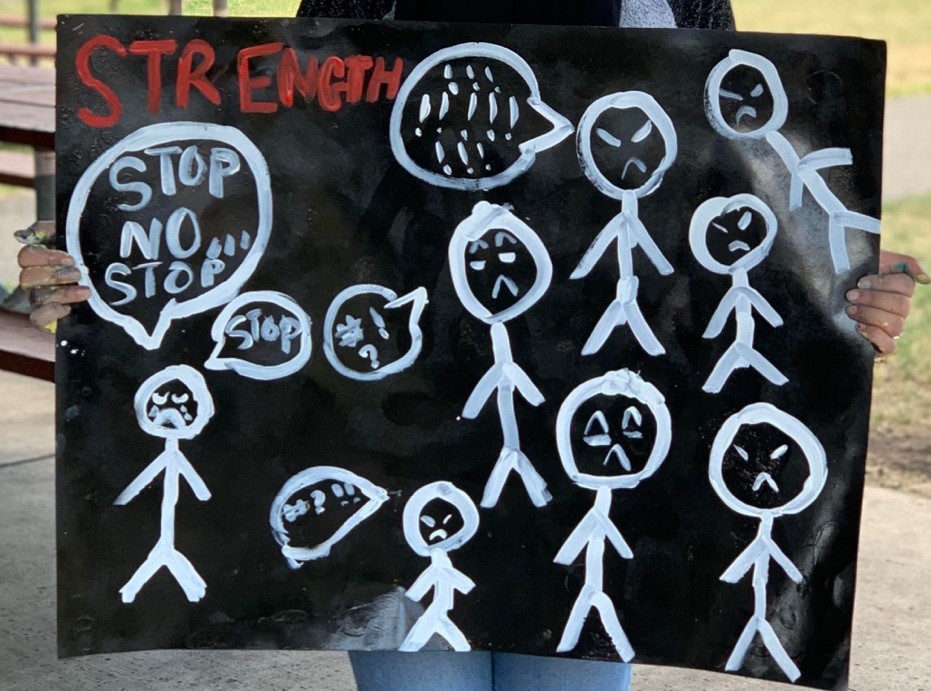 As a researcher, Belgrade describes how she values a mutually beneficial relationship between researchers and the community. This includes both the participants themselves as well as the larger community. Belgrade and her team has already begun a program of academic development projects for the participants involved in the research project including university campus visits and opportunities to meet community members that could aid in their personal and professional development. She also has a large public engagement project taking place in SE Michigan at the Hatcher Gallery which is open to the general public. From August 27-October 5 a public gallery will be open that features participants’ photos and quotes taken from the photovoice project as well as their illustrations that depict their analyses of the transcripts from the analysis workshop. Belgrade’s research team hopes that this gallery will help community members understand the perspectives of young refugees and challenge the misconceptions they might hold regarding this group. In connection with the gallery, there will also be a community event on September 11th featuring food popular in the participants’ community as well as short talks from both professors working with refugees as well as community leaders working with refugee-serving non-profit organizations.

Belgrade says she hopes through these community events to provide a small window into the lived experiences of refugees in the local area to foster understanding and perspective taking, leading to a more empathetic and supportive local community.